In a number of Underground stations there are platform wall friezes with very small roundels. Here’s Gants Hill station (picture taken in 2014): 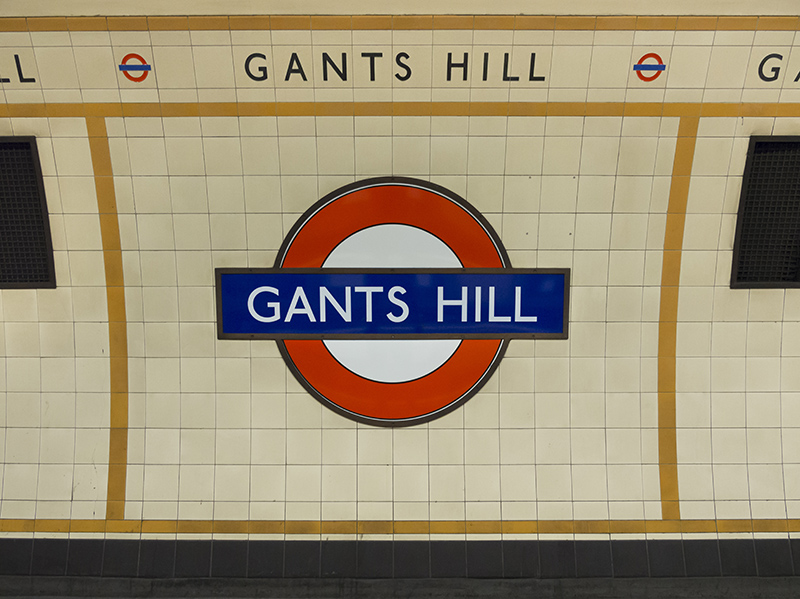 Some very old frieze roundels are still in place. The pictures above were taken at St. John’s Wood station (left) and at Swiss Cottage station.

Both stations were opened in 1939, and the proportions of the roundels are typical for that time, the bar being quite narrow (not ‘Johnston proportions’).

In today’s terms these are London Underground ‘plain roundels’, that is roundels in Underground colours, but without the mode appearing in the bar. They represent the Underground rather than an Underground line.

Some 1950s / 1960s frieze roundels are still in place. The picture on the left (Central line) was taken at Holland Park station in 2014, where very similar new friezes were installed in 2016. The other pictures (Circle and Metropolitan lines) were taken at Euston Square station where old friezes are still in place. The same type of frieze roundel (representing the Northern line) can be seen at Charing Cross station.

It appears that most of these roundels had ‘PARK ROYAL’-type proportions introduced in the 1950s (see here).

These roundels use just one colour for bar and circle (except for the very light Circle line roundel). They represent Underground lines by means of the respective colours, and of the text on the bar.

In the past, that type of frieze roundel was also used on the Victoria line.

As far as proportions go these roundels are 1970s or later.

These reversed roundels represent Underground lines as well. To be exact the white roundels are all the same and don’t represent anything. It’s the background colours that do the job.

It’s interesting enough that the same kind of reversed roundel was chosen 40 years later, for the Twitter and Instagram feeds of the Underground lines (see here).