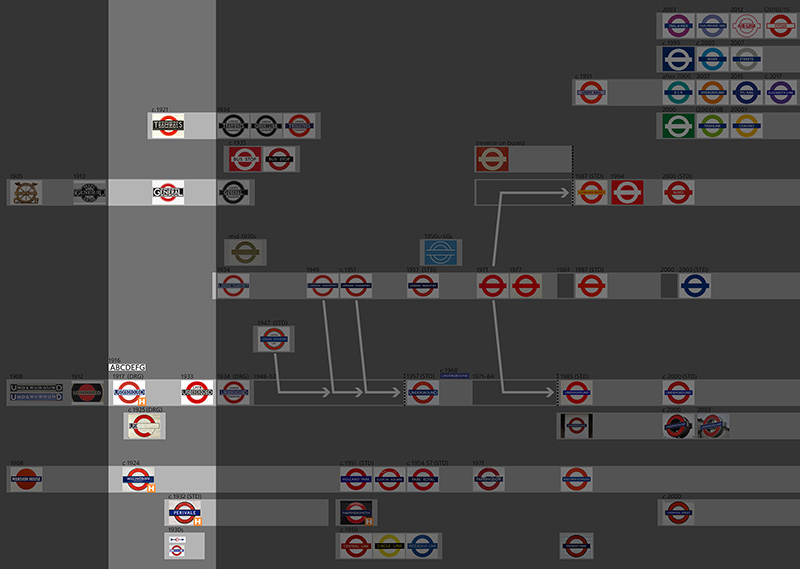 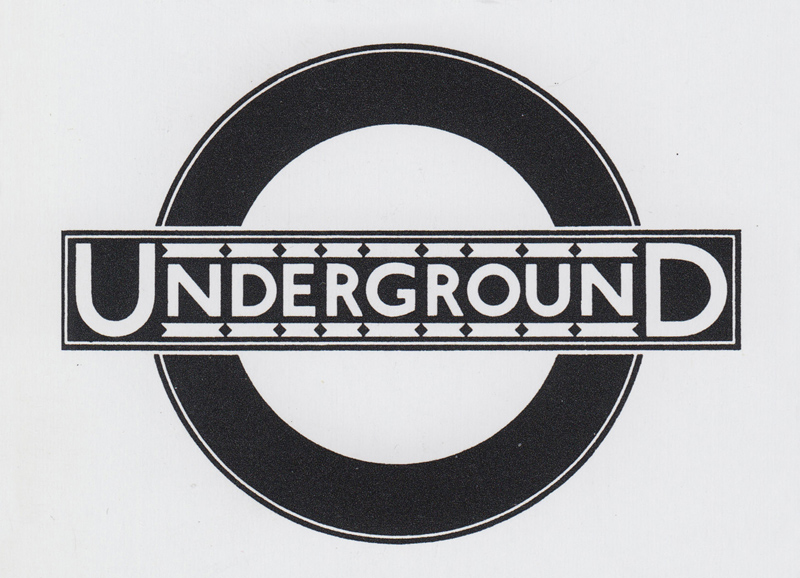 Edward Johnston probably finished his drawing in early 1917. The above figure is taken from Justin Howes, Johnston’s Underground type (p. 60). In all likelihood it shows a print from the holdings of the Crafts Study Centre (No. C.86.128.i).

Regrettably the print shown above is only black and white. It is not known what intentions Johnston had with regard to colours. I assume he would have opted for dark lines around a dark bar (either black or blue), and for a red line (not a black one) around a red circle. This assumption is based on a few early line diagrams which show this design, and on three coloured prints from the 1930s in the production of which Johnston was involved.

The letters are Johnston’s letters dating from 1916, except that in the print shown above they are considerably heavier. Most examples of early roundels show letters of the ‘normal’ weight, though.

Therefore, a coloured version of Johnston’s drawing as it was often used could look about like that: 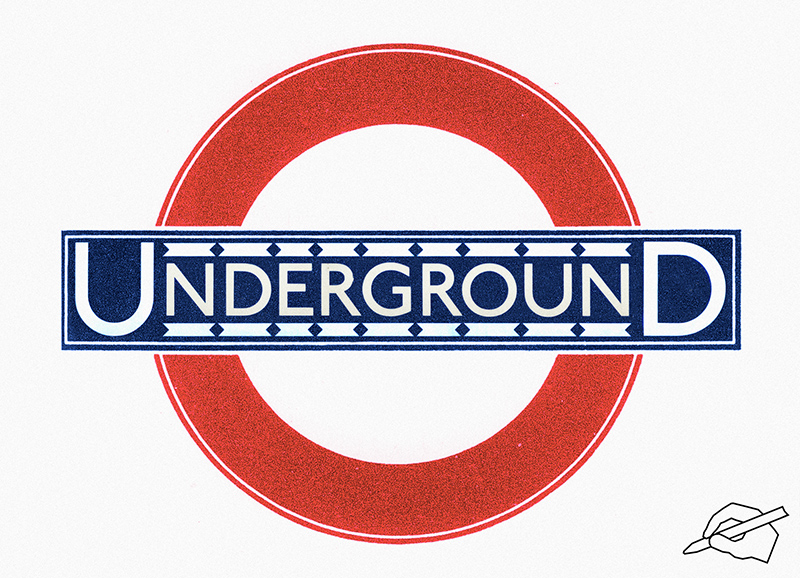 Were there any black lines? 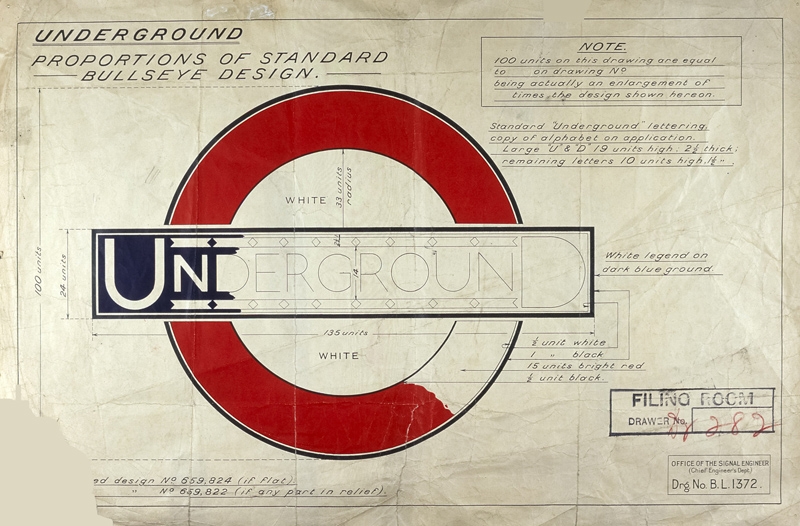 The above figure shows a drawing that was created in an Underground Engineers’ department in the 1920s. There are several black lines of varying thickness to the circle. It is worth noting that none of the Johnston material shows this kind of black outlining. Possibly he wasn’t even involved in the creation of this drawing. Nevertheless this design became very popular and is common and familiar to this day: Station name roundels with these black lines can be seen at more than fifty stations (see ‘PERIVALE’-type roundels).

In March 1917 London Electric Railway registered twelve designs at the Patent Office. One design has gone missing. Based on the remaining eleven designs it can be assumed that three kinds of designs were registered, one of them going back to the earlier design of the station name signs, another one being identical with Johnston’s drawing, and the third one having a remarkably fat circle (possibly never applied).

Johnston’s drawing put to use

Johnstons’s roundel appeared on posters, but not as systematically as one might assume. In fact, during the 1920s, there were many posters without any kind of logo, and many posters with the former ‘UNDERGROUND’ bar logo, without the circle. If there is a roundel, one can be quite sure that it adheres to Johnston’s design but uses any one or two colours, usually matching colours present in the lithographic print. 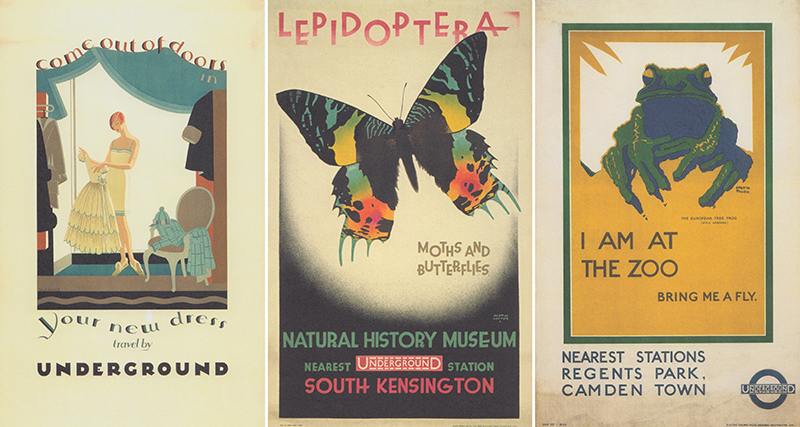 Roundels on maps or line diagrams

The roundel was used on line diagrams as well. Note the differences.

Before 1934 there were no such roundels.

It appears that new roundels installed on the platforms were either of the ‘HILLINGDON’ or of the ‘PERIVALE’ type. It’s a bit suspicious that things should be that simple and uniform, but that’s what can be gathered from old photographs on www.ltmcollection.org.

Roundels outside the Underground stations

Outside the Underground stations the situation was completely different: There was a great variety in roundel design. These roundels had to be carried out in the third dimension, creating frames or housings, using metal, glass, lamps, seals, etc. Due to a lack of information in Johnston’s drawing which was limited to two dimensions, and due to a lack of standardisation, contractors came up with various solutions:

Most of the early roundels were removable and are completely gone by now, superseded by later designs. Of some structurally integrated roundels the frames are still in place today, filled with new material (sometimes changed with regard to text or design). One example is a roundel at Clapham South station:

Note that there was less stability than the pictures may suggest: There were about two decades when the bar was just blue, without any kind of text.