Hatton Cross station opened in July 1975. It is part of the Piccadilly line extension to Heathrow airport.

Johnston’s Underground alphabet is most often used in two dimensions. Hatton Cross station has some letters in three dimensions. Chances are these letters are still the same that were put in place in 1975. They can be seen in an old photograph (LTM 1998/63702, 1975; note the different background then). The roundel is probably still the same as well; its ‘FARRINGDON’-type proportions point in that direction.

The letters are of the medium weight, as it is called today, which is bolder than Johnston’s letters of 1916. 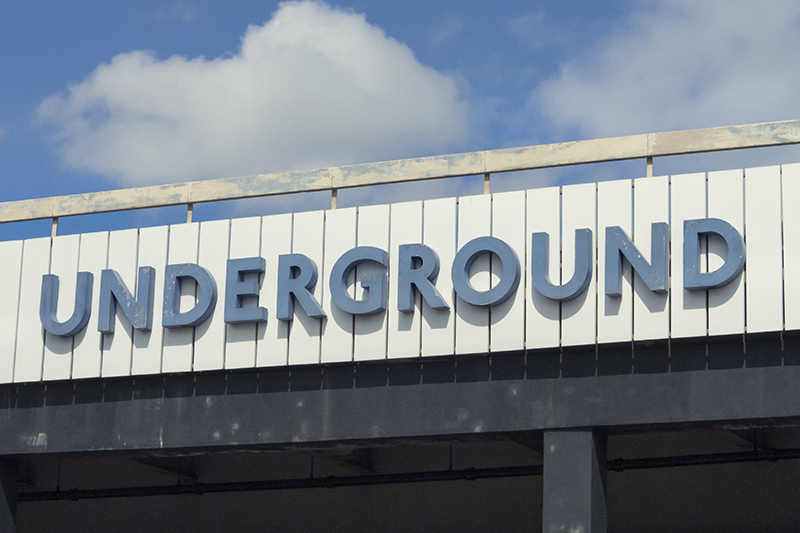 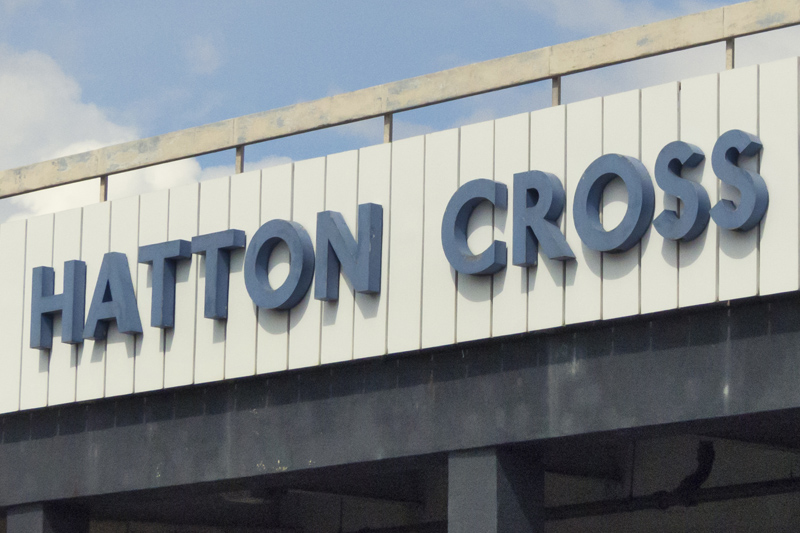 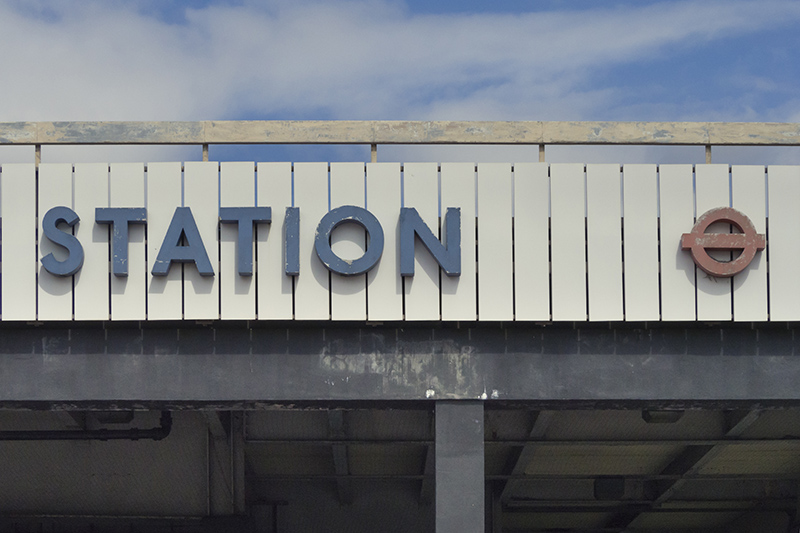 The boxes were installed when the station was built. They can be seen in an old photograph (LTM 1998/62959, 1976). Back then the roundels had no text on them, and the bar was probably red, corresponding to the ‘standard design for all purposes’ introduced in 1971. The roundels were replaced since, and it is most likely that they were updated in terms of proportions. One particularity of the original display was retained, that is the white counters and the black background. Proportions of the roundels are those of the current ‘KING’S CROSS ST. PANCRAS’ type. 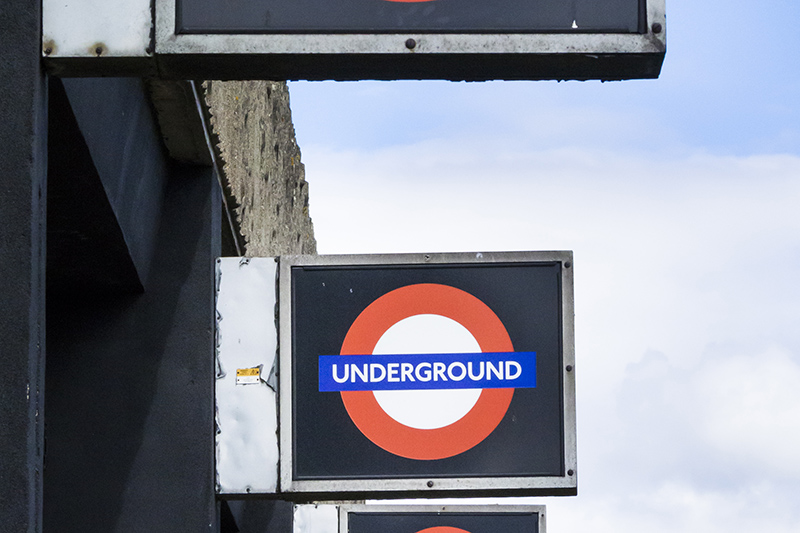 There have always been backlit roundels at Hatton Cross station. An old photograph can be found here: LTM 1998/69479, 1975. Probably most roundels have been replaced at one time or another.

Let’s look at three roundels that can be seen today: 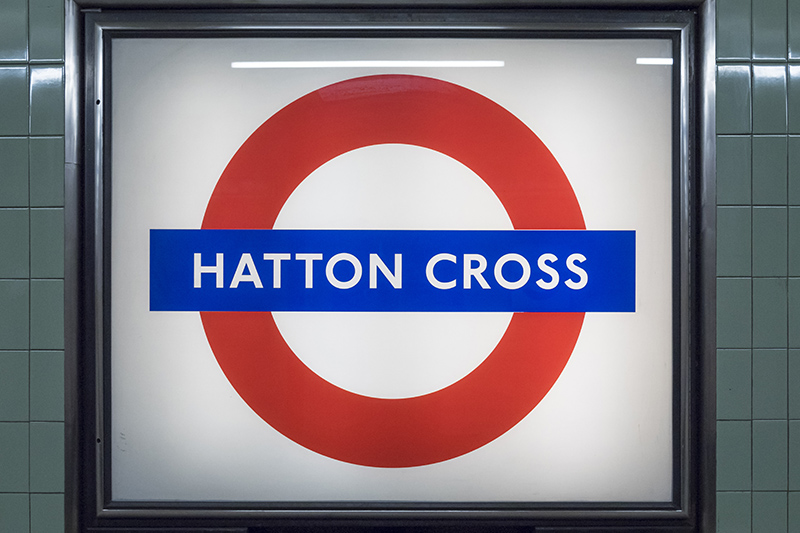 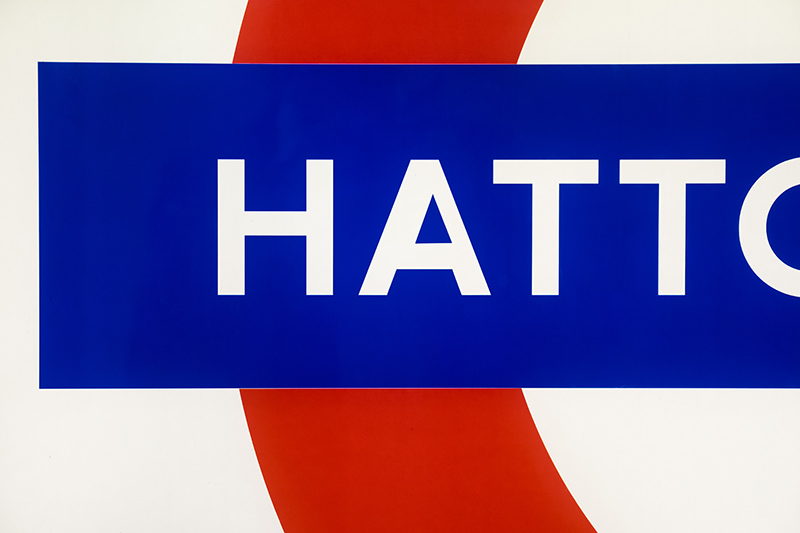 This is a close-up of a different roundel. The counter of the letter A is on the move. 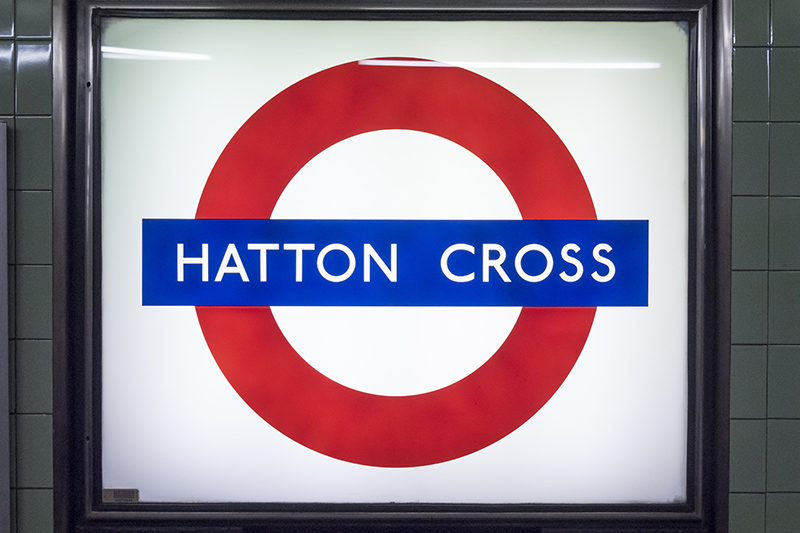 Last example. Proportions: ‘KING’S CROSS ST. PANCRAS’ type. Text weight is lighter than defined in the current Design standards. For some letterforms the weight does not matter that much. But some letterforms like C, R, O, S look better in this weight than in the bolder weight (in my opinion, that is).