On the Underground there are different kinds of indications regarding direction. My favourite kind  makes use of compass point directions (Northbound, Eastbound, and so on). Various things can be Northbound: We see Northbound trains, platforms, services. 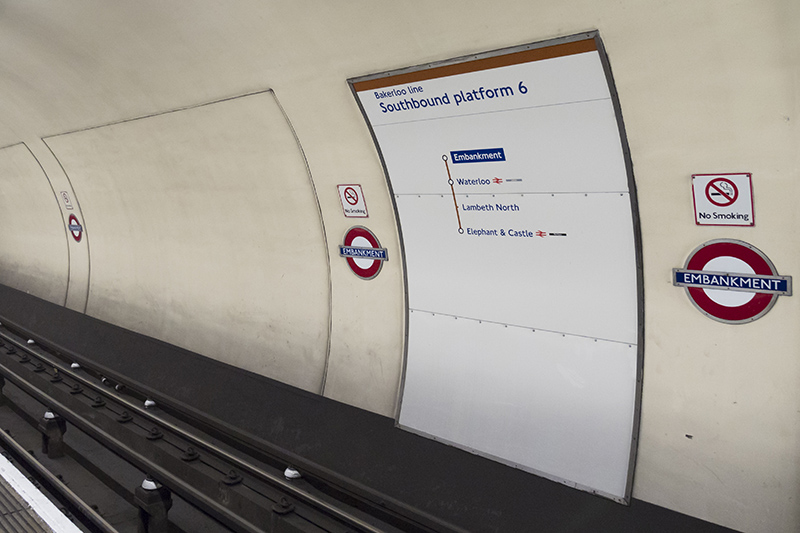 The four directions are very general. They are a great simplification of reality, and in some places they’re even plain wrong. Of course they do work, which proves how flexible we are with regard to unprecise indications as long as they’re helpful.

Now let’s look at a few Underground lines. I’m showing geographic reality (approximately) and then a simplified diagram that corresponds to the compass point directions used by LU. 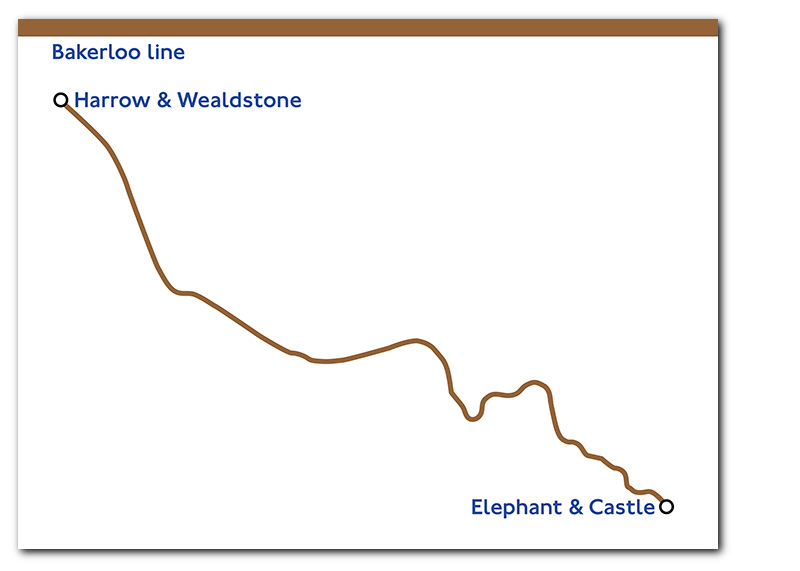 To indicate directions, the Bakerloo line is simplified quite radically. In the simplified world there’s only one direction, and that’s North (and South, respectively):

That simplification makes perfect sense. Nevertheless the following two trivial facts are interesting: When you take a train from Elephant & Castle to Harrow  & Wealdstone, you will actually travel far more to the West than to the North. And moving North from Elephant & Castle won’t take you to Harrow & Wealdstone station but, on the same latitude, almost exactly to Turnpike Lane station.

The Central line is simplified in a similar way. In the simplified world there’s only one direction, and that’s East (and West, respectively), except for some stations on the Hainault loop where no compass point directions are given. 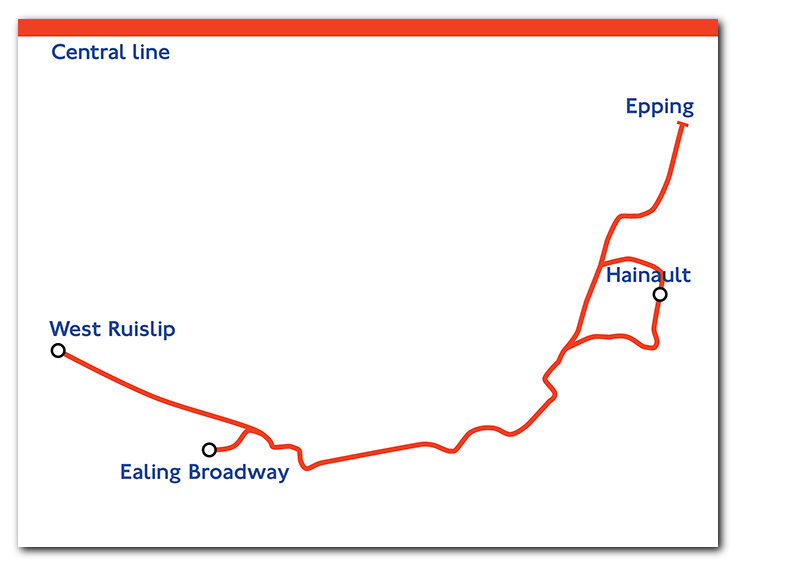 The Jubilee line is more interesting. Here’s the more or less geographically accurate course of the line: 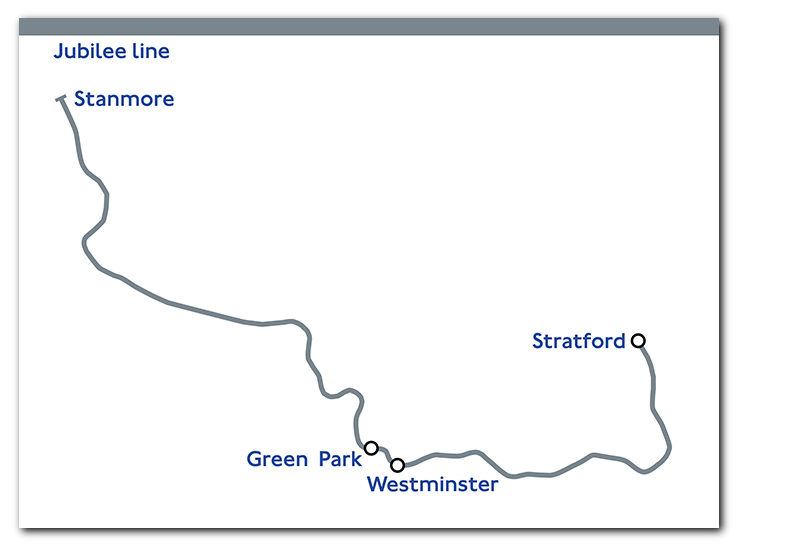 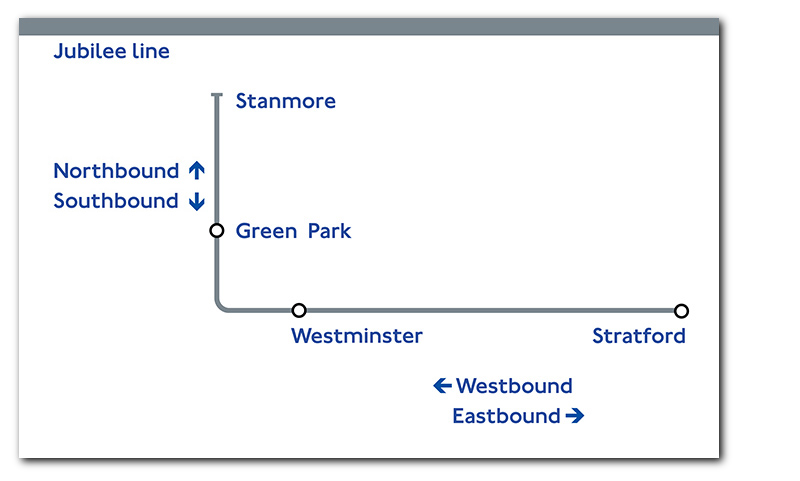 I’m only showing the Amersham and Uxbridge branches here.

The simplified directions for the Metropolitan line switch a few times between North / South and East / West. 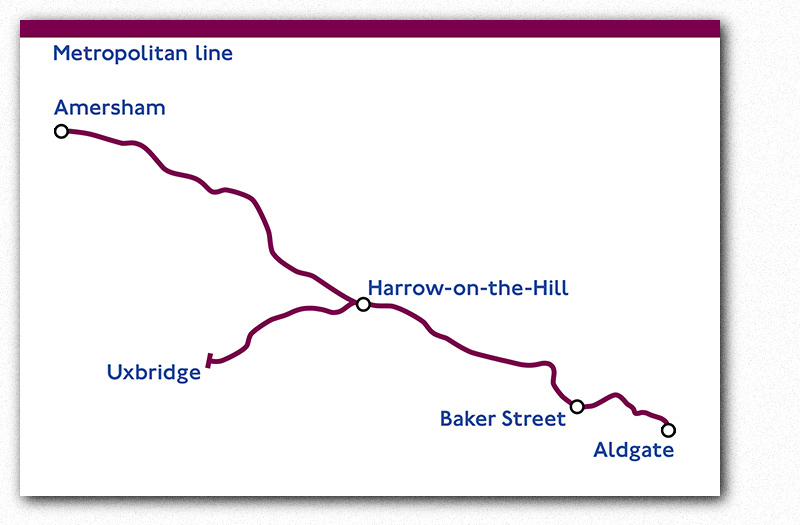