Let’s have a look at four stations along the Jubilee line and at the roundels that can be found there. The four stations in question are Baker Street, Bond Street, Green Park and Charing Cross. They have a lot in common in terms of design.

A short bit of history 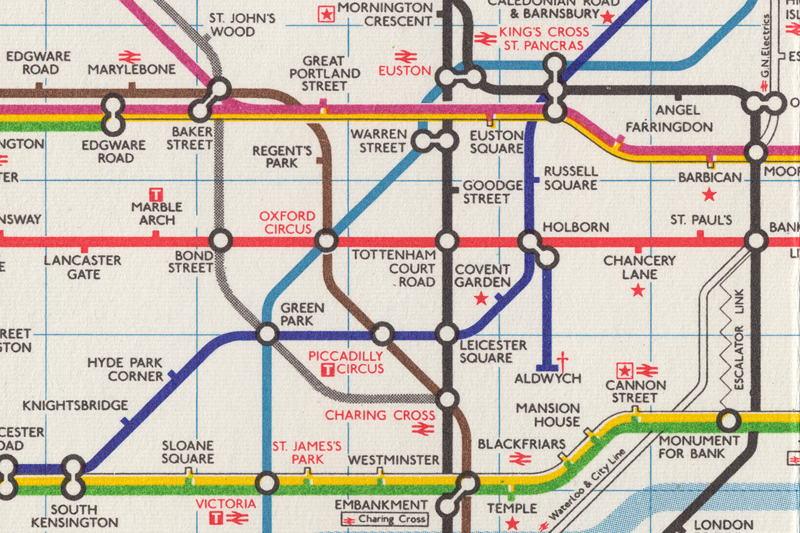 The four stations in question were built in the context of the ‘Fleet line’ project. According to early plans the Fleet line was to take over the stations from Stanmore to Baker Street (formerly a branch of the Bakerloo line). From there new tunnels would be built down to Green Park station, then to Charing Cross station, and from there to Fenchurch Street, and further on.

Plans changed. For one thing the new Underground line got a new name: When it opened in 1979 it was called ‘Jubilee line’. And, later on, the extension took another direction: It didn’t depart from Charing Cross station, but from Green Park station, in the direction of Westminster, Waterloo, and Stratford. When the extension opened in 1999, Charing Cross (Jubilee line) station was closed.

A short side note: Take a look at Baker Street station in the above line diagram. The Jubilee line appears to run perpendicular to the Bakerloo line. In reality the platforms of these two lines are parallel, and the Jubilee line tunnels run eastward almost to Regent’s Park station before turning towards Bond Street station (see here; external link).

The four stations mentioned above were designed in the second half of the 1970s; the Design Research Unit and Misha Black were consultants.

The platforms of these four stations are very similar, and colourful. The main access to the platforms is marked by a yellow section of the tunnel wall. 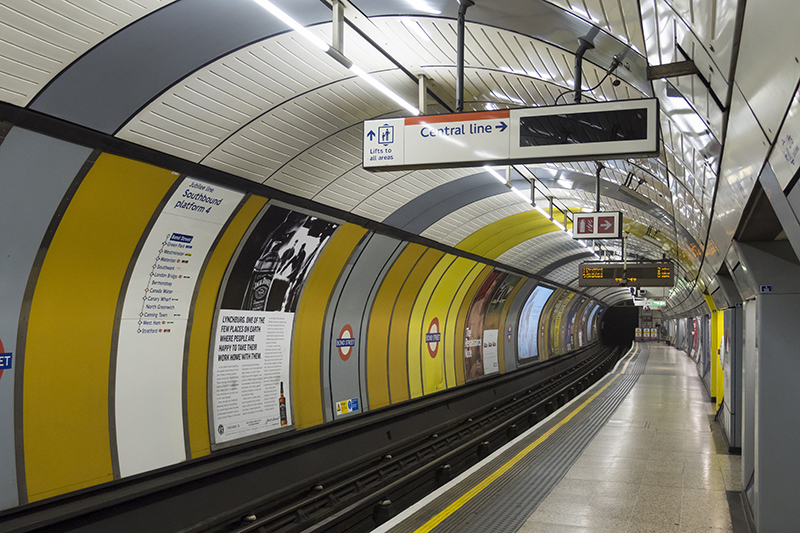 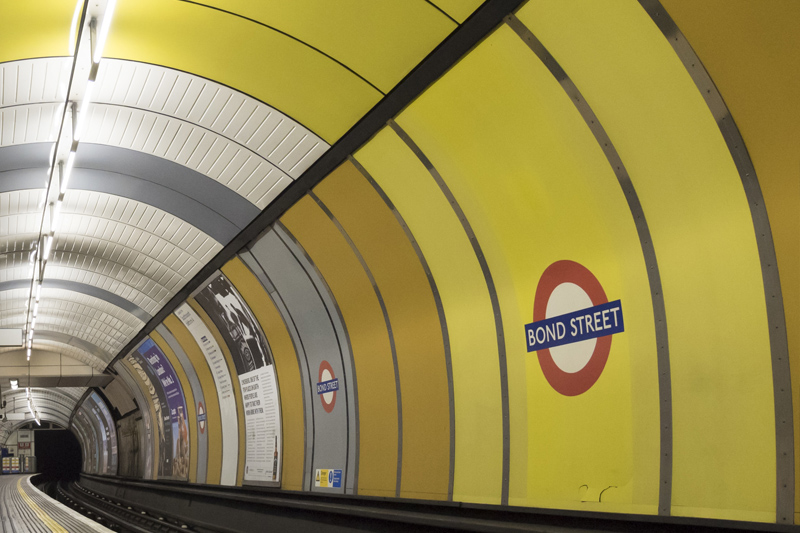 Roundels opposite platform, on a yellow background 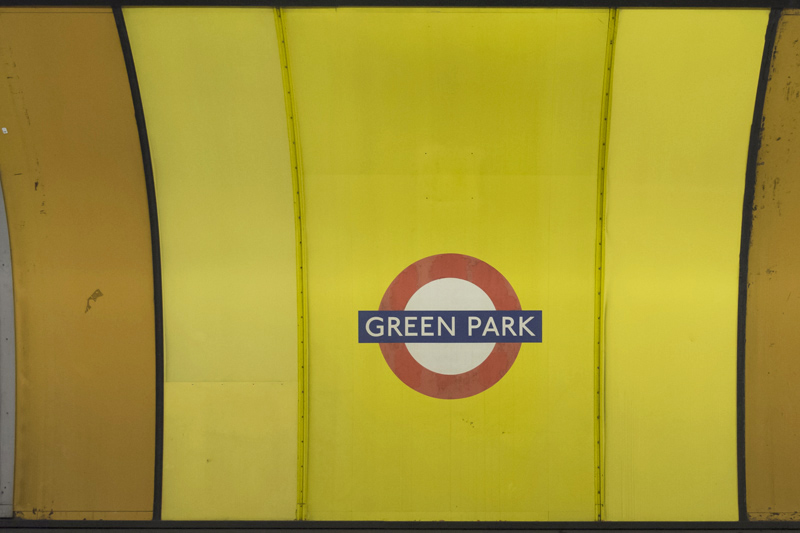 At all four stations there is one large roundel per platform situated on the yellow wall section opposite the main access to the platform. It is larger than the other roundels opposite platform (the ones on a grey background).

There are a few differences between this roundel and today’s roundels: 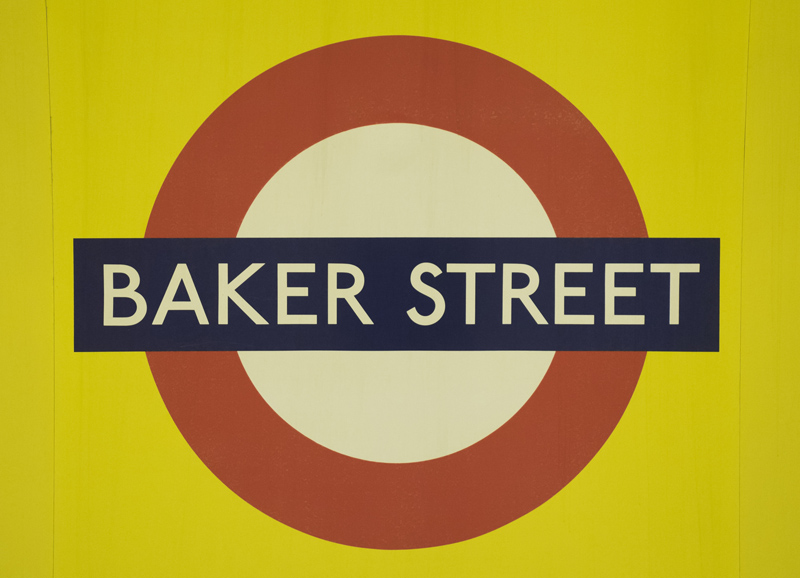 Smaller roundels opposite platform, on a grey background 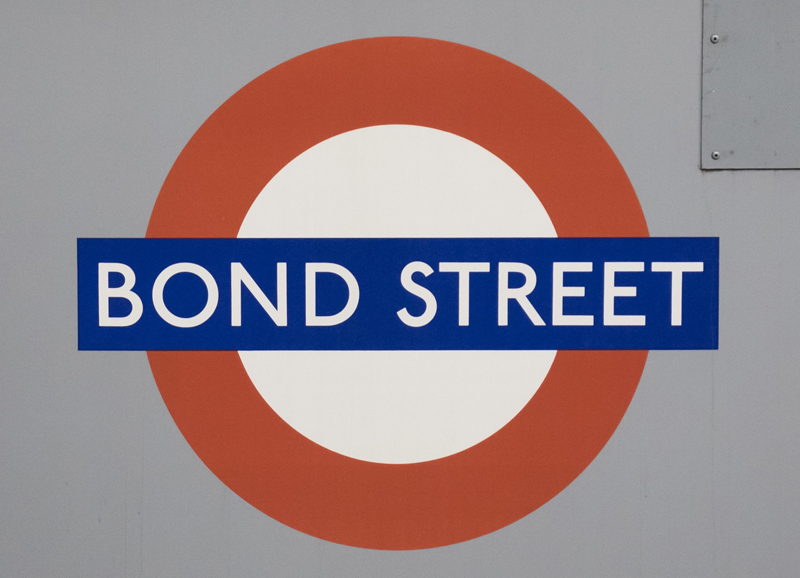 A few smaller roundels like the one shown here are located opposite the platform. Again the counters are white, differing from the surroundings.

Proportions are again ‘FARRINGDON’-type proportions from 1971. 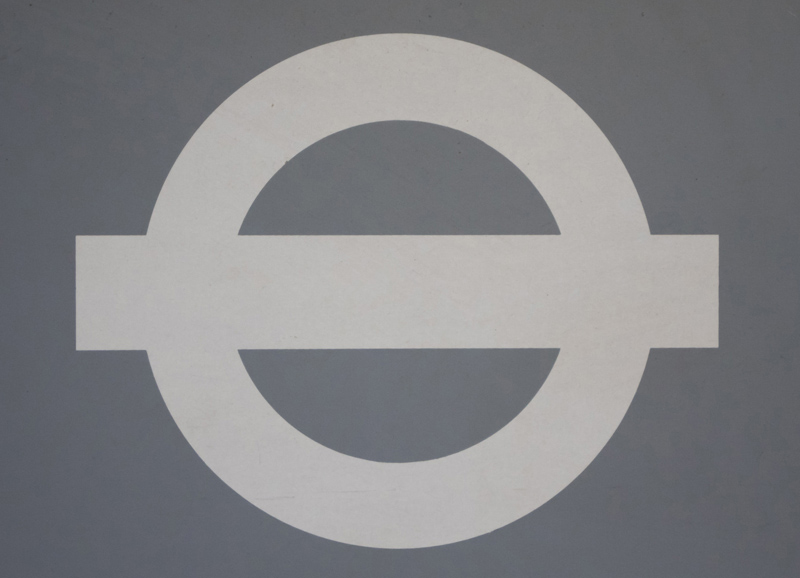 Small roundels like the one shown here can be seen on the platform-side friezes. Properties:

Originally there were illuminated roundels on the platform wall. They were removed later on, probably between 1988 and 1992. The roundels that are in place today are not illuminated: 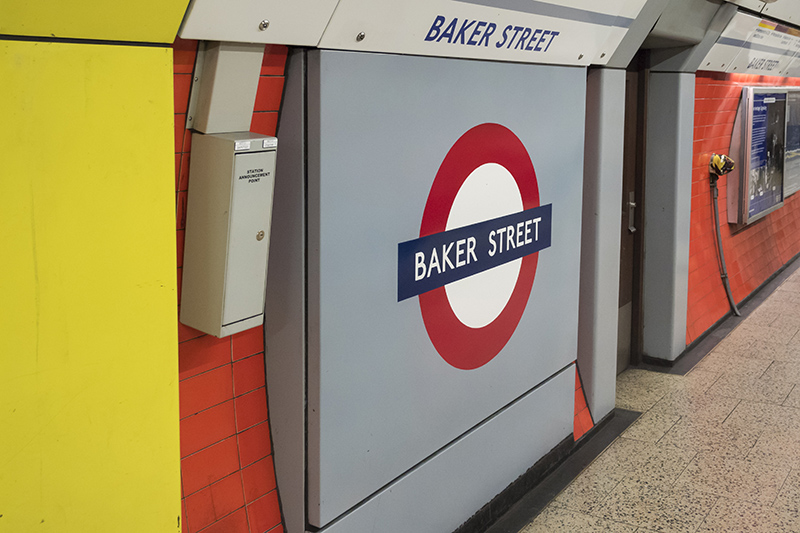 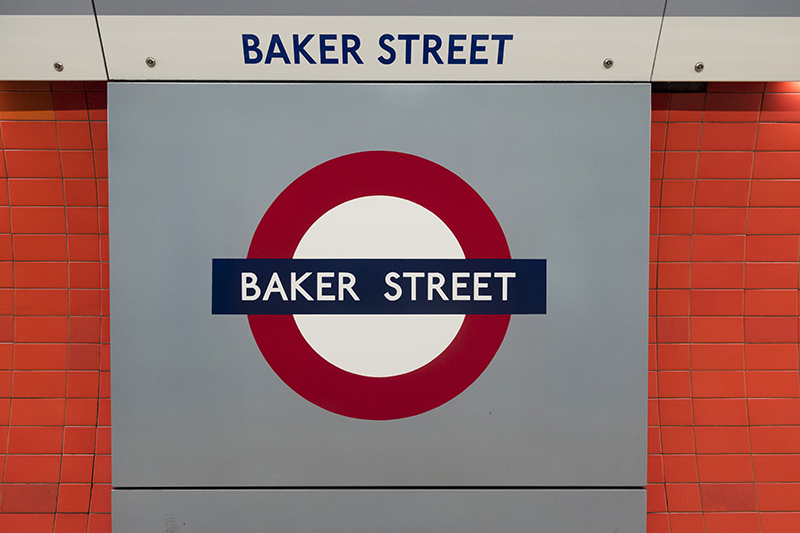 Proportions of these roundels are interesting. They are not of the ‘FARRINGDON’ type. Instead they are mixed proportions where the bar is identical with the current ‘KING’S CROSS ST. PANCRAS’ type and the circle is identical with the older ‘PARK ROYAL’ type (click here to see a comparison). There are a few other roundels with these proportions, e.g. at Ladbroke Grove station. Perhaps this type came into existence not by intention, but rather by accident; maybe by a mix-up of screens during screen printing.

Counters are white. This is, again, a ‘part silhouette’ roundel. 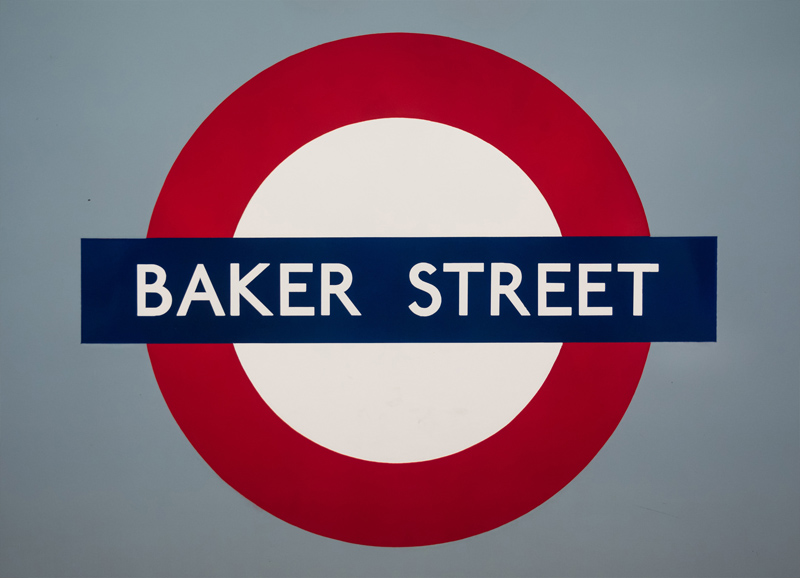